The Best Landmarks You Need To Visit Whilst In Sydney

Sydney, the biggest, oldest, and most beautiful of all cities in Australia, lies amongst a fascinating mix of land and sea. Coast along the sparkling harbour using a ferry, take a glance at the white sails of the Sydney Opera House shimmering in the sunshine, and it’s hard to visualize this state capital of New South Wales was a convict colony many years ago. In the year 1788, it was where Captain Arthur Phillip at Sydney Cove discovered the first-ever British settlement in Australia.

Currently, you can look at the fabled history of Sydney in the cobbled, narrow laneways and famous buildings of the Rocks and its excellent museums. Visit the museums are great resources to find out about the people of Gadigal aboriginal, who thrived before on this land. Sydney still has the adventurous spirit of its original settlers.

Here Are Some Famous Landmarks You Must See When Visiting Sydney.

One of the greatest icons in the world, the Sydney Opera House is a World Heritage Site by UNESCO and the main attraction of the sparkling harbour. This magnificent building, shaped like billowing sails, rests on a land surrounded by water.

You can take a photo while passing by on a harbour cruise, find a restaurant to relax in, stroll around outside, or book a tour of this beautiful structure. It is also conveniently surrounded by studios, theatres, exhibition rooms, a cinema, and a concert hall.

The usual Opera House tour is open every day of the year, and there is a generous schedule of tours lasting 1 hour that begins from 9 am and leaves every 30 minutes until closing at 5 pm. The usual entry fee for adults is $42 and $22 for children with a $32 concession. Family pricing is available too.

There is also another option, and it takes longer than 2 hours. These tours include child and meal-focused programs too. For those with mobility difficulties, access tours are available daily at noon. The Opera House will initiate massive upgrades to make the entire facility more attainable for visitors with physical limitations.

The Sydney Harbour Bridge, also known as the Coathanger, was the best-known landmark of the city before the construction of the Opera House.

Giant double piers support it at every end. It was constructed in 1932 and is still the world’s biggest steel arch bridge, joining the harbour’s south and north shores in 1 curve rising above the water.

The bridge has eight lanes for road traffic and two railway lines, which vary according to the traffic flow. Increasing bridge traffic resulted in the construction of the harbour tunnel in the year 1992 to lessen congestion. However, motorcycle riders could still drive over the bridge if they want to see the blue-water views for no cost at all.

Constructed by convict labour in the Cove of Sydney, the bustling Circular Quay is currently the home to the city’s main ferry terminal. Thousands of commuters visit the area during peak hours.

Restaurants and café lovers can be seen along the waterfront, and street performers along the sunny walkways entertain locals and visitors.

One of the best things to do here and the best way to appreciate the sparkling waterfront setting of Sydney is to get on a harbour cruise.

Another option is to walk from Circular Quay to visit other well-known attractions. Simply go south on the waterfront promenade to see the Sydney Opera House and the Royal Botanic Gardens, at no extra cost. In addition, a short walk heading north directs to the Bridge of Sydney Harbour and the historic area of the Rocks.

Ascending above the city skyline, the Sydney Tower Eye, a 309-meter-high, is the tallest building in the city and one of its best landmarks. This turret with a golden spire-topped rise from the Centrepoint shopping mall.

Express lifts take visitors to the top of the observation deck or the skywalk, an alfresco viewing platform with a glass floor. It is best for people who like to go sightseeing.

The tower eye currently has a walk-up price of $31.00 for adults, $22.00 for children 3-15 years of age, and $24.00 for students or senior citizens. Children from the ages 0-2 years old and Merlin annual pass holders can go for free when they visit the tower.

Sydney is also famous for its beaches. Found around the harbour are many sheltered coves with still water and great sands. Less than a 20-minute drive from the city, you can visit the iconic Bondi Beach with its great surf, cosmopolitan vibe, and café scene. For excellent ocean views, take the coastal walk on the cliffs going from Bondi to Coogee.

Swimmers are advised to stay between the red and yellow flags. Volunteer lifeguards patrol the surfing beaches on the Pacific every summer and organize popular lifesaving competitions.

Amidst all the commotion of the business district, Hyde Park is a refuge of shady picnic spots, sprawling lawns, fountains, flowers, and fig trees. Similar to a mini Central Park, this was named after Hyde Park in London.

Constructed by convict labour from 1817 to 1819, the Hyde Park Barracks was placed back to its original condition in 1975 and currently houses a museum portraying the lives of the first-ever involuntary settlers. The Australian Museum can be found on the east side of Hyde Park, with the country’s most extensive collection of natural history.

Extending from Hyde Park in the south going north to the Sydney Opera House, Macquarie Street was Sydney’s most fashionable street in the past. Governor Macquarie ordered the construction of many of the grand public buildings of the colony along this strand.

Some were even designed by a convict architect named Francis Greenway. Magnificent sandstone residences followed soon, with verandas to see the beautiful views of the Sydney Harbour and surrounding parklands. 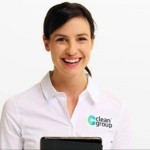 Hi, This is Amelia. I work as a commercial cleaning operations manager at Clean Group. I also handle the customer support responsibilities on behalf of the company through a team of 10+ fully trained support professionals. Besides managing a team of cleaners and ensuring healthy communication between clients and cleaners’ teams, I handle customers’ complaints and grievances, especially the ones that need special or immediate attention. If you need help sorting out the best cleaning for you or just want to chat, feel free to connect.